Why Your Cat Has Litter Box Accidents

Is Your Cat Having Litter Box Accidents?

As humans, we’re inclined to personify pretty much anything: even inanimate objects. The car has an attitude today, the toaster is acting a fool, the cat is belligerent. None of these things are facts, it’s just the way humans look at the world. I know life would be more easily explained if your cat is actually belligerent, but I promise, that is not the reason for your cat’s accidents. Maybe I can help!

Let’s think about this for a minute.. did your cat have an accident? No, your cat had an “on purpose”. Cats are very fastidious little creatures, and they don’t like to leave a wide-spread path of evidence for potential predators. That means if your cat has urinated or defecated out of the box at all, there’s a problem. Think of it as a difficult-to-stomach message from your cat. What does the message say?

It says one of these:

I’m pretty sure I don’t have to tell cat owners that cats are sick or in pain long before you know it – so why is it so hard for people to believe that their cats frequently can’t help it when they poop or pee outside the box? It’s not a stubborn or retaliatory thing in almost every case. Cats just don’t care that much about plotting revenge. Take them seriously, and help them.. before your anger grows. It’s frustrating, I get it. I’ve had those moments of sheer disbelief, too. Shake if off, I’ve got simple advice.

Go to the Vet. I’m gonna say this first, even though you might want to rule out simpler stuff before rushing Fluffy off to the Smells Bad place. If you’ve got the Deluxe Poo Palace, get your cat to the vet. Yes, they hate it and you hate it but get it over with. Your cat is likely hiding pain and discomfort and maybe something far more sinister, that if caught early saves great heartache later. Litter box avoidance is the number one sign of feline illnesses such as diabetes, kidney disease, thyroid issues, digestive disorders and urinary tract issues such as crystals or infection. As a result of one of the above, they’re in distress and pain and in some cases, they’re dying.

Insufficient bathrooms. You like a house with 3 bathrooms, and so does your cat. We always recommend 1 box per cat, plus one. If you have 3 cats, have 4 boxes.

The steaming pile of poo box. Lots to say here, but we’ll start with “keep it very clean”. You wouldn’t want to step in your own poop and pee to get to the toilet, and neither do they. You also don’t want that tracked around the house, on the counters, tables or sofa.

The litter itself. Make sure it’s soft and clumps well. Pine, walnut shell, paper, wheat, clay, corn, whatever is soft on paws and pleasing to you both will be fine. Your cat wants you to know they want Unscented. Cats can have far more sensitive noses than we do and you’re overwhelming them with that hideous Fresh Scent. It can’t be safe to breathe it in, for you or for them. If you clean your box regularly, it will not smell. Maybe you prevent airway illnesses too, cat asthma is a thing.

Privacy, with a British accent. Really. Privacy is something every cat cherishes. Remember they’re the closest to wild domesticated pet, and they still instinctively worry about being someone’s snack. Make sure they can use the box without being disturbed by humans, things falling off shelves, dogs or banging furnaces.

Think outside the box. You don’t have to buy a tiny-but-expensive box from the pet store. You can buy a luxury 5 star litter box, formerly known as “a storage tote”. Cats love the extra space and you’ll love the lack of accidents. These are great for any cat but especially cats with reduced mobility, painful arthritis or balance troubles. I’ve been saving money and clean up using these for a good decade. Here’s a great video how-to:

Now that you’ve learned the reasons why, you know your cat isn’t being a jerk and you can fix this. Make it easy on yourselves.. buy a big storage box, buy dustless litter (Precious Cat is what I use), buy an amazing litter scoop like the Litter Lifter. Soon you’ll be amazed you ever thought it was ok to just clean the box on Saturday.

Love,
The Scooper of Your Boxes 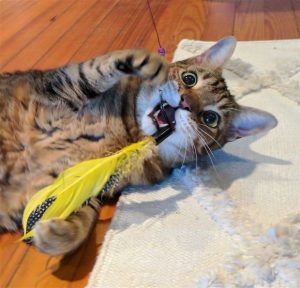 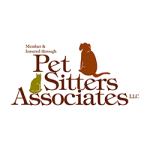 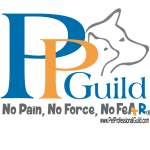 A free newsletter just for cat people, and easy to cancel for the commitment challenged!